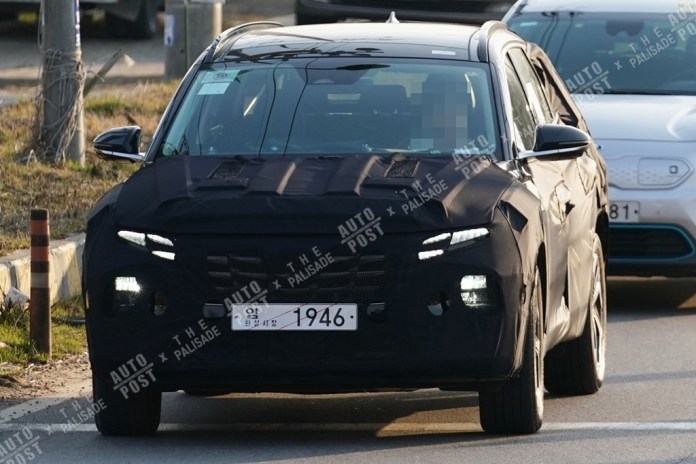 While yesterday we showed you up the first interior pictures of the next-gen Hyundai Tucson SUV, today we want to show much more of the exterior thanks to this pictures from AutoPost were we can see its DRL LED signature that is very similar to what we have seen on the Vision T concept car and could use the same Parametric Jewell grille with integrated lights as Grandeur.