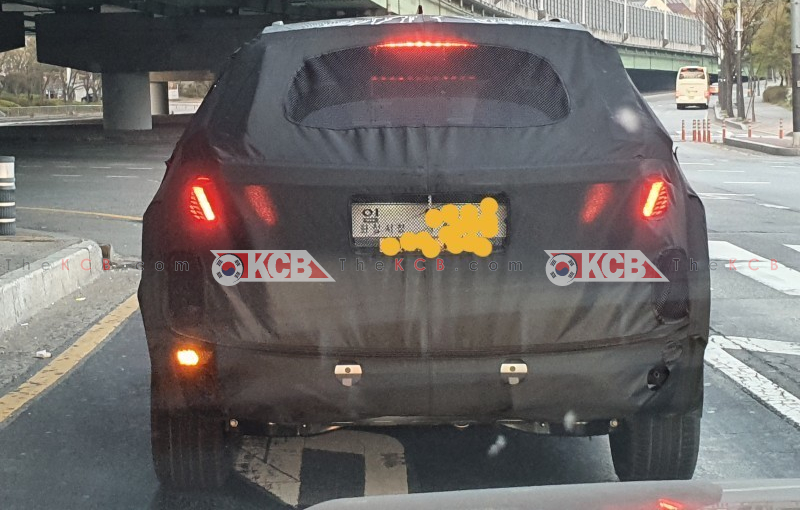 After we have seen first Hyundai Tucson unit with production taillights and confirmed were very similar to the Vision T Concept premiered at LA AutoShow last year, today we have a new spy shots of Hyundai’s mid-size SUV codenamed as NX4 with the brake lights and rear indicator on during city stop. The All-New Tucson is expected for August.