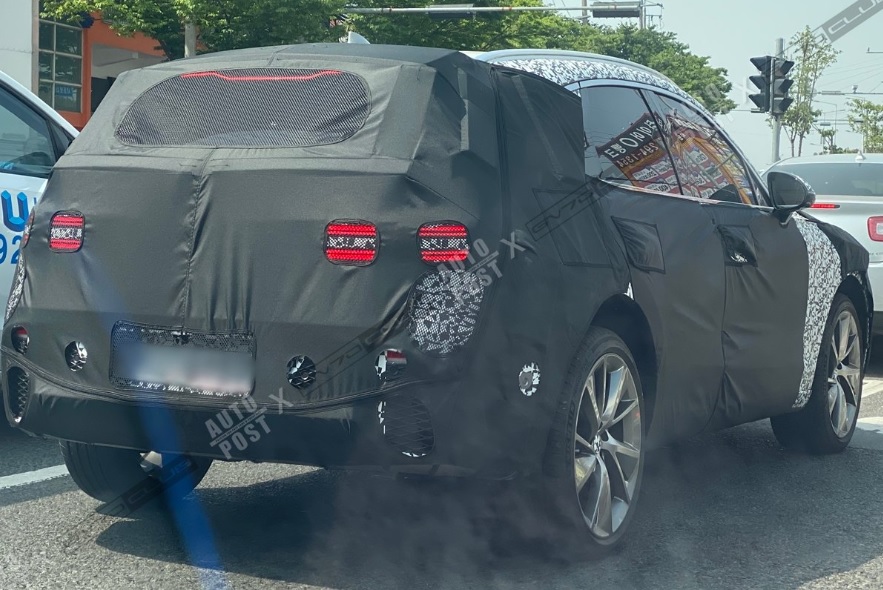 After we noticed that Genesis brand’s second SUV, the GV70, will have a Sport version thanks to the picture we have seen the last week, today we have new pictures courtesy of our colleagues at AutoPost again with the diesel version that removed the exhaust into a black glossy fake air vents that are probably surrounded by chromed stripe simulating exhausts.

If you look at the spy shot of the recently captured GV70, there is one other part. If you look closely, you can see that there is no pentagonal muffler erected vertically on the bumper. Instead of the muffler, only the black mesh net is visible. Looking at the recently released GV80 and G80 diesel models, it is characterized by applying a so-called’faucet muffler’ rather than a muffler exposed outside.

Therefore, the spy shot model can be regarded as the main diesel model. While the bigger GV80 is aiming for the Mercedes GLE, the BMW X5 and the Audi Q7 the smaller GV70 will go after the Audi Q5, BMW X3 and Mercedes GLC.