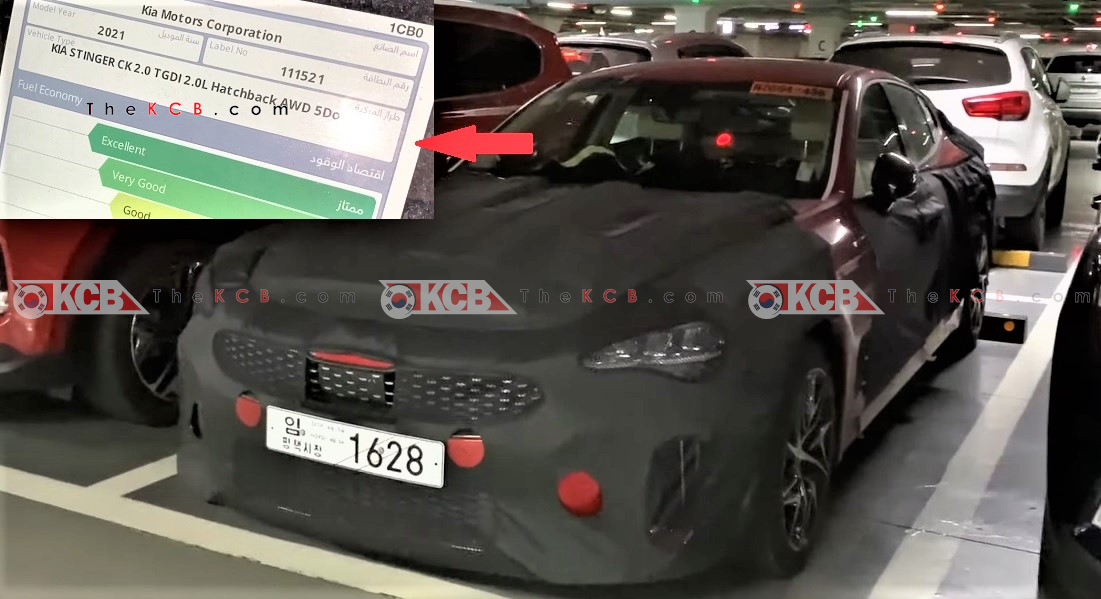 While yesterday we shared the information of a Kia Stinger facelift passing through South Korea’s Emission Center with the 3.3-liter engine on June 12. Today we have more bad news as a new prototype was caught in a parking lot with some stickers that said was using the 2.0-liter Turbo engine. Looks like Hyundai Motor Group decided to not change the engines in both Stinger & G70 facelifts due to the engine problems that are suffering the new 2.5-liter. Hit the jump and check all the images.