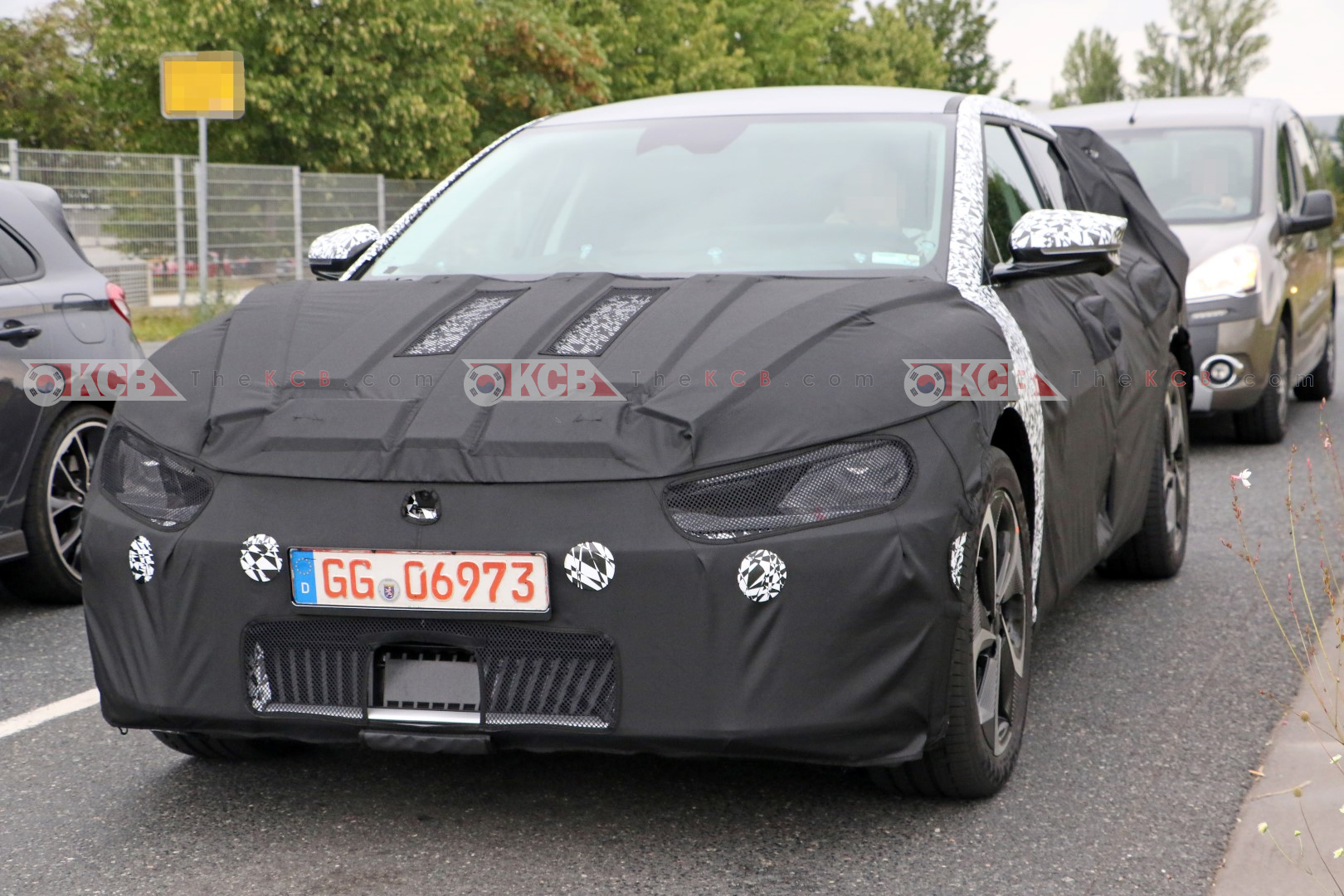 We already have seen three different prototypes in South Korea. of Kia’s first EV car under the new E-GMP electric bespoke platform, but we were surprised that Kia already had a prototype in Europe. Today and thanks to our spy photographer CarPix, we can see the Futuron concept car based EV SUV testing near Hyundai Motor Group R&D Center in Rüsselsheim.