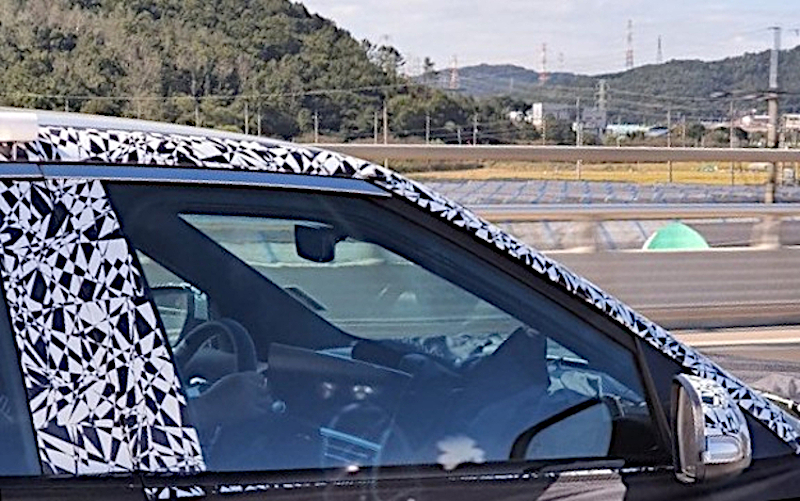 After we caught the Genesis JW EV bespoke electric prototype with camera-based side mirrors and with what looks like a two-line design for new mood lighting system, this time we found on the latest spy shots a new and larger widescreen used as cluster and infotainment system from drivers side to the center of the dashboard, apparently in one piece of glass. What do you think?