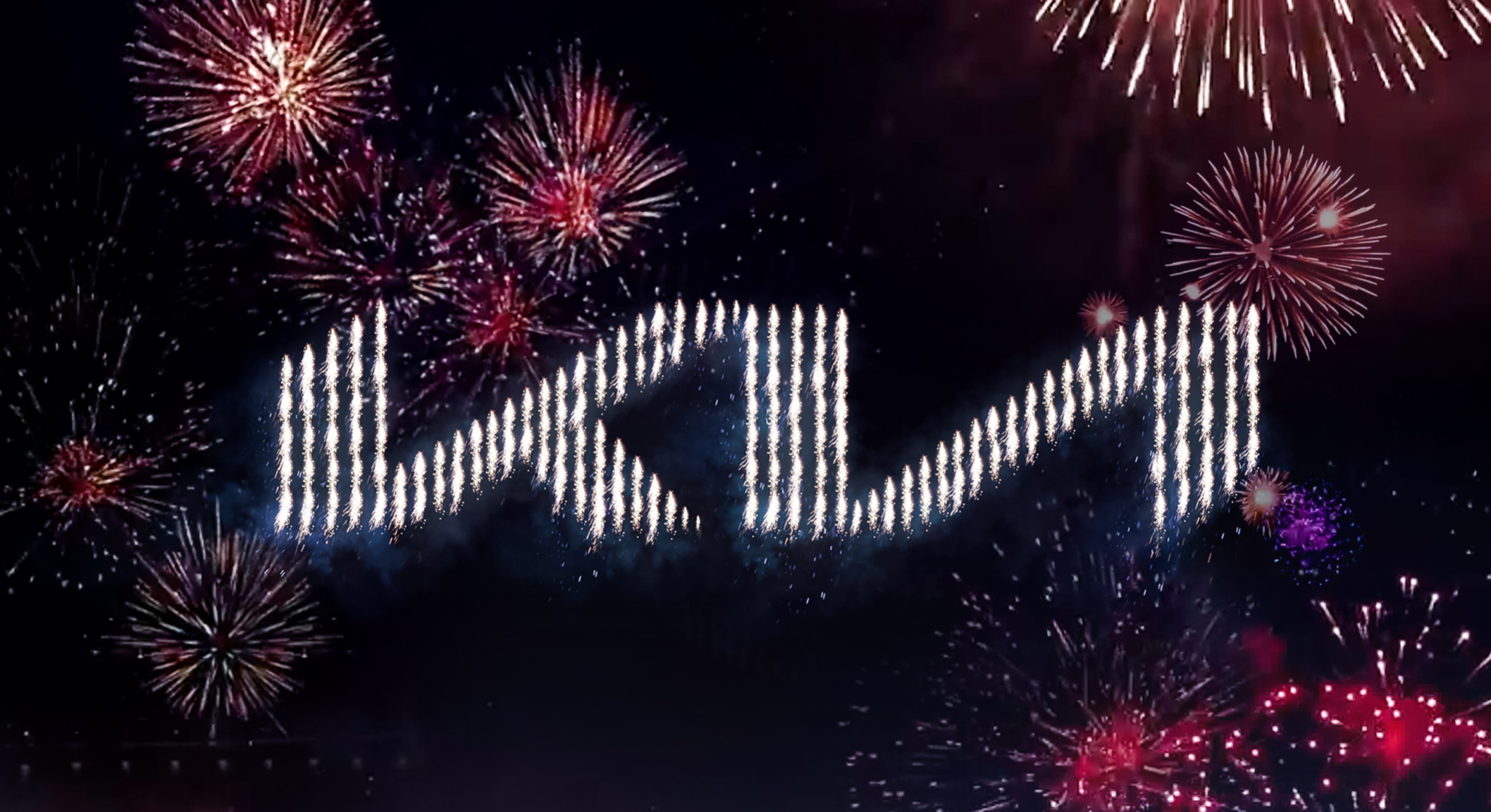 Kia Motors has officially updated their logo for their worldwide business in an event featuring fireworks and a Guiness World Record breaking 303 synced pyrodrones that spelled out the new logo in the sky above South Korea.

The new logo retains the “KIA” letters but introduces a more modern, angular font which also features a horizontally and vertically symmetrical design. New Kia models will begin to use the new logo as their badge inside and outside soon, and branding has already been updated on Kia worldwide social media platforms.

The official announcement comes after years of speculation, use of the new logo on concept cars and in concept art from Kia Motors itself, recent leaks of corporate stationery and parts boxes with the new logo, and last week’s facelift of the Kia headquarters building in Seoul with the new logo prominently displayed. Aside from the new logo, Kia has also officially updated their slogan to “Movement That Inspires,” also spelled out in drones during the unveiling event. This slogan replaces the previous “Power to Surprise” message, signalling Kia’s belief that they have proven themselves to the market and no longer need to surprise their customers.

The previous Kia badge, which debuted in 1994 and was almost unnoticeably updated in 2012, was consistently called out by customers, enthusiasts, and press around the world as a weak point for the otherwise booming Korean car brand. Kias are by far the most rebadged cars in the world, with many aftermarket options available for almost every model, from the Rio to the Stinger to the Telluride. The most popular aftermarket logo is the “K” badge, which many mistakenly believe to be the Korean market Kia badge. While rebadging is usually reserved for car enthusiasts of a given brand, even mainstream car buyers rebadge their Kias due to the stigma of the previous logo and the desirability of the aftermarket badges which often lead to an air of mystery around the car.

So, will buyers resonate more with the new badge, or will the rebadging trend continue? That remains to be seen. What do you think of the new Kia logo?

← Prev: This is it! Check out Kia's New Logo Hyundai Ioniq 6 Sedan Rendering →