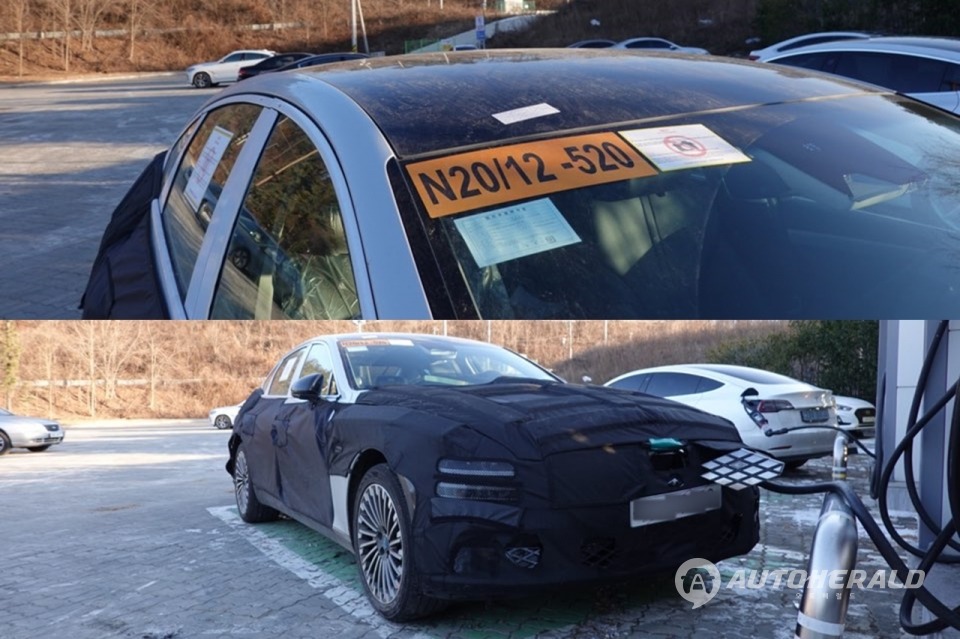 Today we want to share the latest pictures of the first Genesis electric vehicle, the eG80, set to debut in the first half of this year. Despite they’re working too on the JW EV dedicated crossover and an EV variant of the GV70, the Genesis G80 EV or “eG80” will be the first to arrive. Today we have new spy pictures courtesy of AutoHerald, where the electric sedan was caught while charging through its front port and with the Solar Roof.