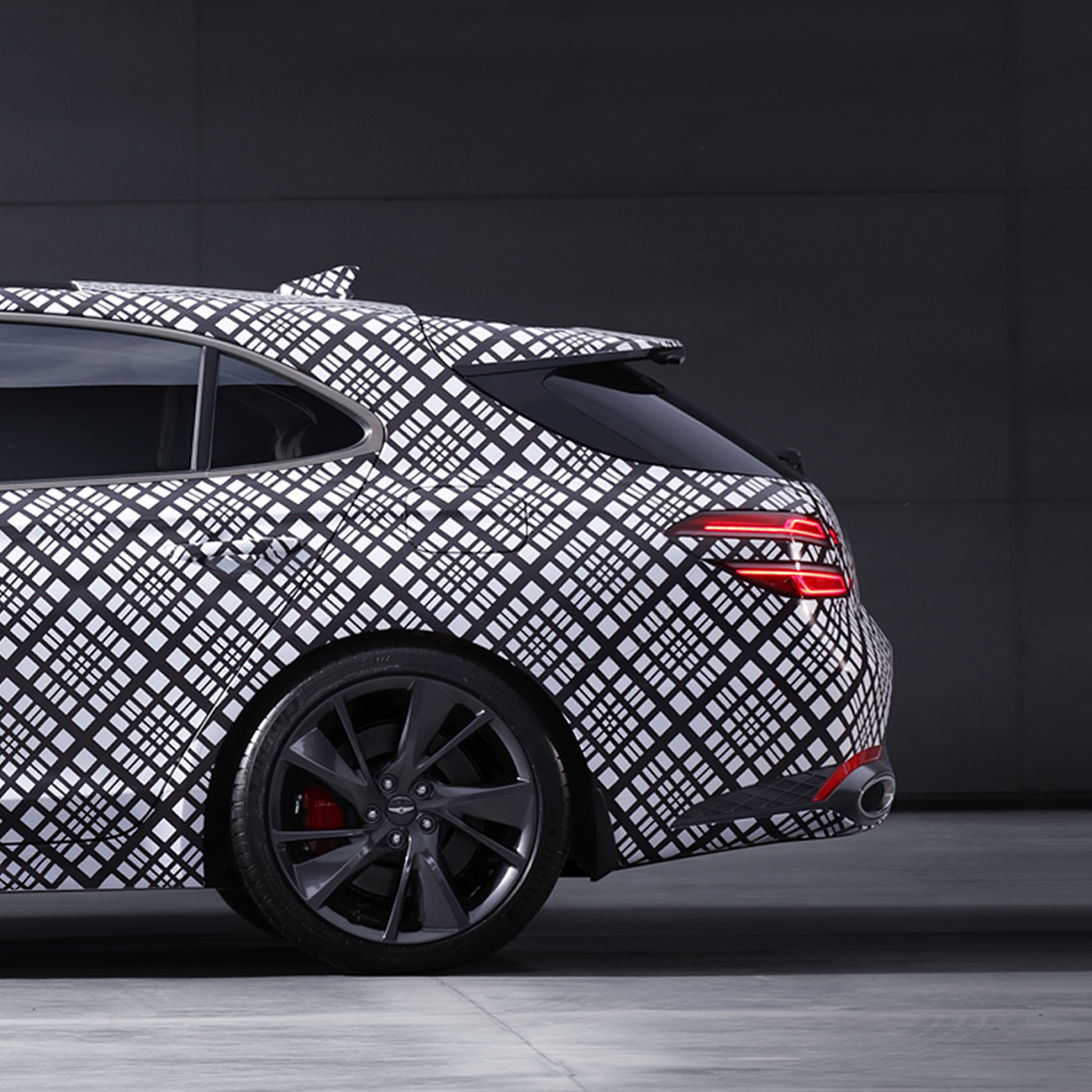 The camouflaged car wears a development of the unique G-Matrix motif, which is a core element of the brand’s design identity. The news follows this week’s announcement that the brand will arrive in Europe this summer; with the Genesis G80 sedan and Genesis GV80 SUV offered at launch, followed soon after by the Genesis G70 and all-new GV70.

The G70 Shooting Brake would then compete against the recently revealed VW Arteon Shooting Brake and the regular G70 of course against the Arteon or even Mercedes C-Class. As for now its hard to tell you how much the cargo space will be but it looks more of a life-style wagon than a car you buy for maximum luggage.