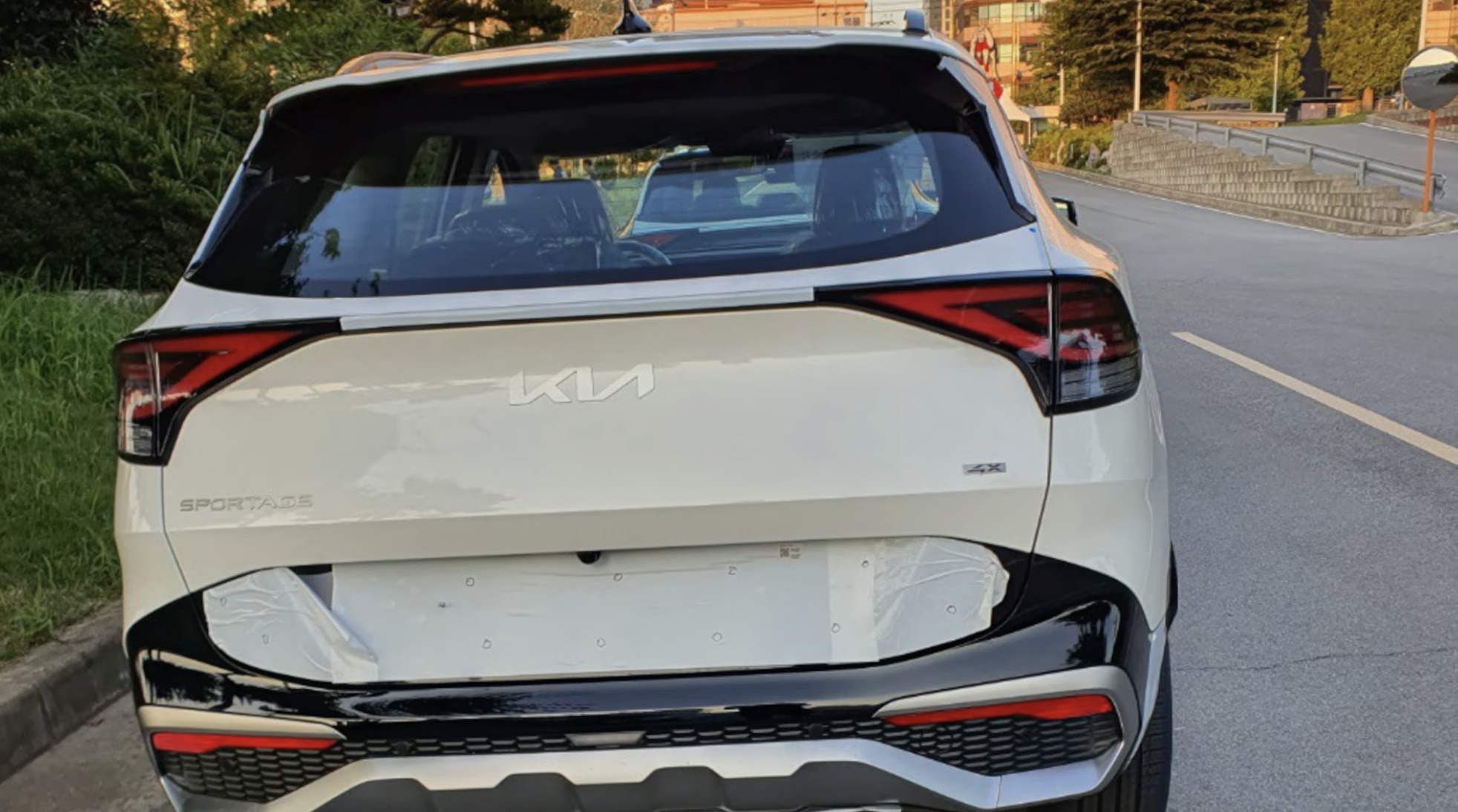 During this past Kia have made a private showcase of the All-New Sportage in South Korea. Now we can see the Sportage fresh out of the factory caught by ShotSpy. The new Sportage is set to accept pre-orders from July 1st and will be showcased in South Korea on July 20th.

As we said, Kia recently completed domestic noise and emission certifications of two engines, the gasoline and hybrid model. The gasoline is the Smartstream CVVD 1.6 Turbo with a maximum output of 180 horsepower and 27.0 kg of torque. The minimum weight for this engine is 1.525 kg. The Hybrid variant is based in the same 1.6 Turbo engine matted to an electric motor and a six-speed automatic transmission, the maximum output of the Hybrid model is 230 horsepower, while the weight is 100kg higher.

Based on Kia’s new design philosophy ‘Opposites United’, the 5th generation SUV has a dynamic yet simple design that reflects the boldness of nature and modern sensibility. Opposites United is a concept first introduced in the EV6, Kia’s first dedicated electric vehicle to use E-GMP.

Sportage’s realizes a sporty yet magnificent body silhouette by increasing the body size compared to the previous model, and emphasizes a stable sense of balance through a three-dimensional volume that harmonizes with it. The front is connected to a tiger nose radiator grille with a black pattern and a sleek LED headlamp.

On the side, a three-dimensional volume is added to the sporty body silhouette while the chrome belt line molding with a creative pattern creates a dynamic atmosphere. The rear is equipped with a horizontal garnish connected to the left and right on a sporty and wide shoulder and a sleek rear lamp.

The interior combines cutting-edge specifications and original design elements in a user-centered design. Above all, it is the first application of a panoramic curved display that smoothly connects the 12.3-inch dashboard and the 12.3-inch infotainment system screen to a curved surface for the first time in a domestic mid-size SUV.

In addition, by applying a touch-type switching operation system that can be operated by integrating the infotainment system and the air conditioning function, the space in the center of the interior has been reduced to realize an innovative image like latest electronic devices. In addition, a shift-by-wire electronic transmission was installed.

Kia still has not confirmed the full specifications of the All-New Sportage, but it is clear that it uses the same 3-generation platform like in the new Tucson is applied. It is expected that space utilization and driving performance will be strengthened through this, and the second row space will also secure a mid-size SUV-class interior.