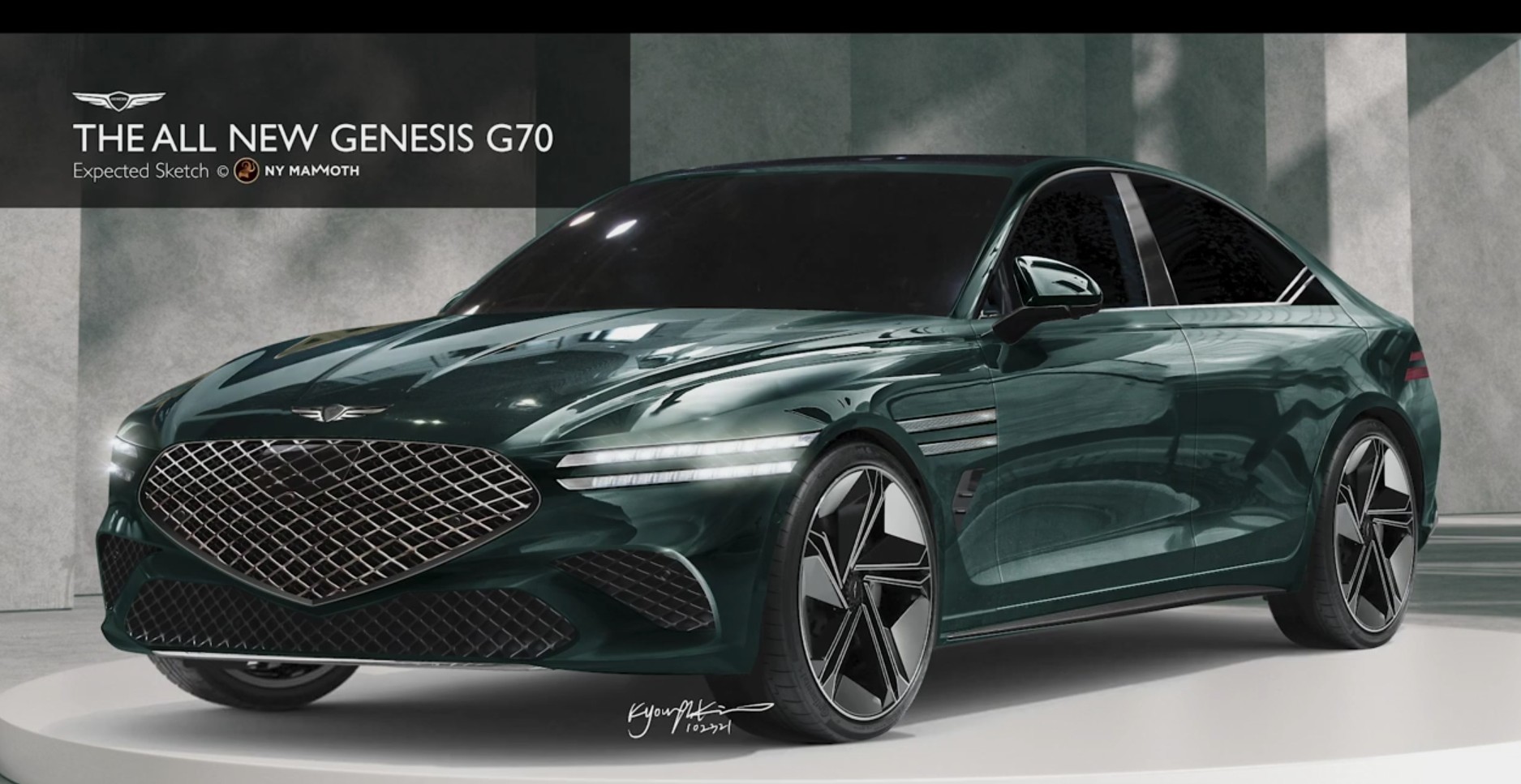 Genesis just released the facelift version of its G70 mid-sized sedan a few months ago, but as always happens in the automotive industry, the South Korean luxury brand should already started working on the next-generation.

For sure, this is just an interpretation by the guys at NY Mammoth of how it will look, because second gen G70 prototypes haven’t reached the streets yet.

As you may known, Genesis will go all electric by 2025, so after the release of the upcoming G90, maybe the future G70 will be last Genesis to come with internal combustion engines.

We can say with no doubt that the G70 was a pretty successful sedan, if there were anything criticized on this model was the tight rear leg room that should be improved in the next-gen by using a longer wheelbase.

Powertrain should be carried on as Hyundai Motor Group already cancelled the development of new internal combustion engines earlier this year.