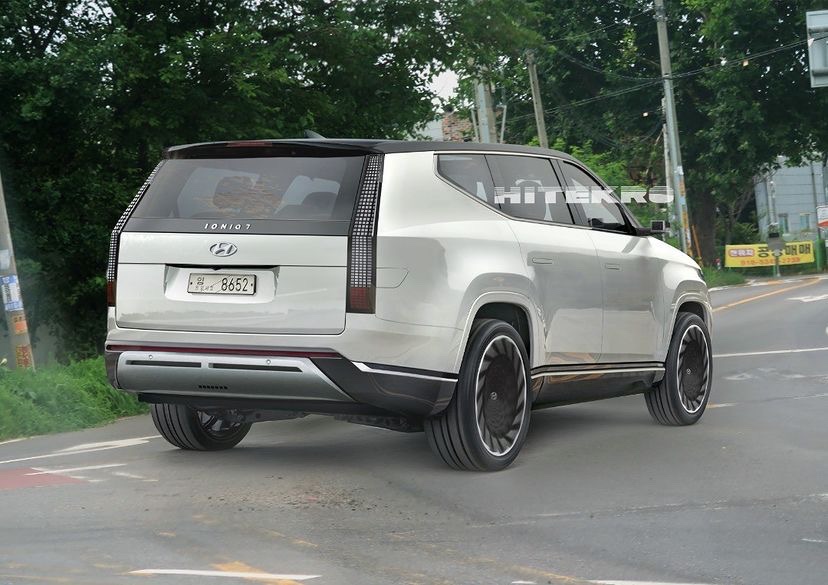 While we wait for full reveal of Hyundai’s SEVEN large electric SUV concept set to debut at LA AutoShow on Friday 19th, our colleagues at Hitekro have created a rendering of the rear design. Thoughts?