Scooped: 2016 Kia Optima Caught for the First Time on the Roads 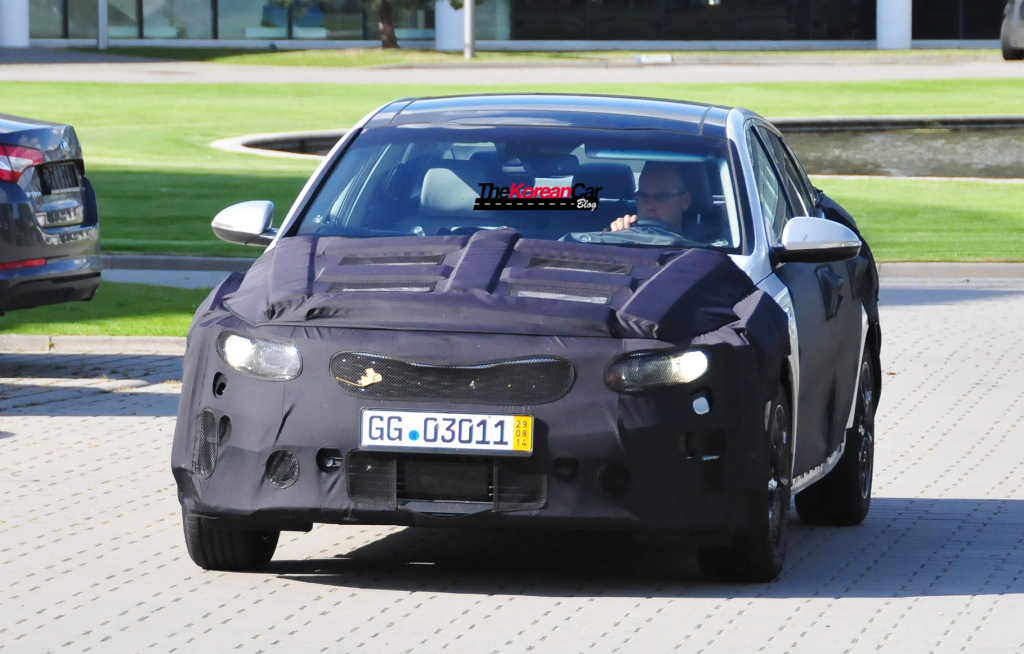 Yesterday we shared the first picture that confirmed the South Korean carmaker is working on the third generation Optima. Today we can share with you the first spy shots of the next-gen Kia Optima caught testing at Kia’s European Center in Rüsselsheim, Germany.

Since launched in 2010, the K5 (also called Optima in overseas markets) was a total hit for Kia. With an amazing design, the Optima surprised everyone and increased Kia brand image around the world. As we said yesterday, now Kia have a very difficult task to improve K5 design without becoming a bit bored.

Again, at the 2013 New York AutoShow, Kia design team improved the vehicle’s front and rear ends and the brand’s signature “Tiger-Nose” grille, and included “ice-cubed” LED lights like in the pro_cee’d GT. The K5  was designed by Peter Schreyer.