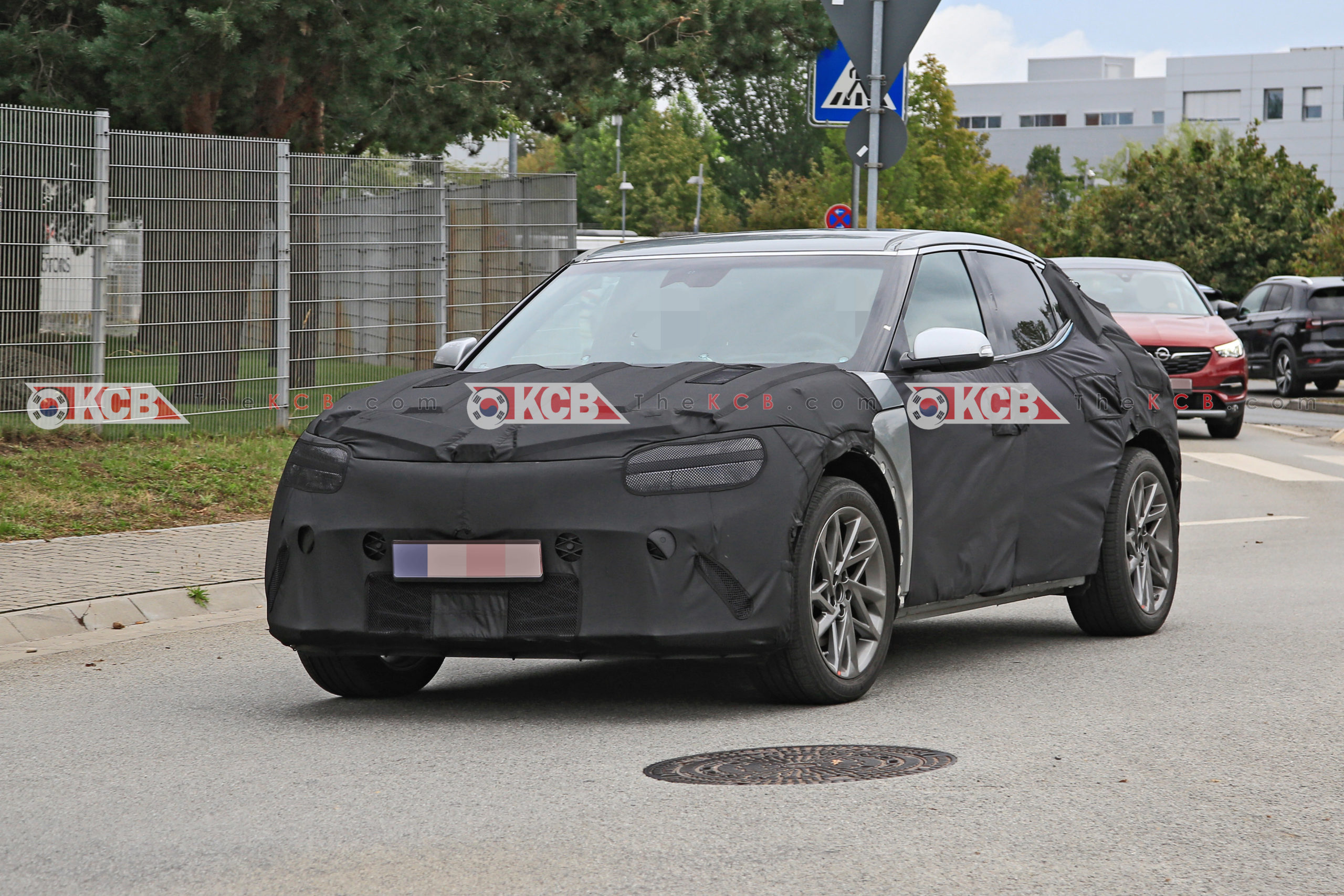 Today we want to share with you the first spy shots of a full electric Genesis prototype (JW EV) which we caught testing near their European Technical Center in Germany. The car has been seen before a couple of weeks ago in Korea. The new Genesis JW EV shares his platform with the Hyundai Ioniq 5 (known as the Hyundai 45 prototype) and the Kia CV.