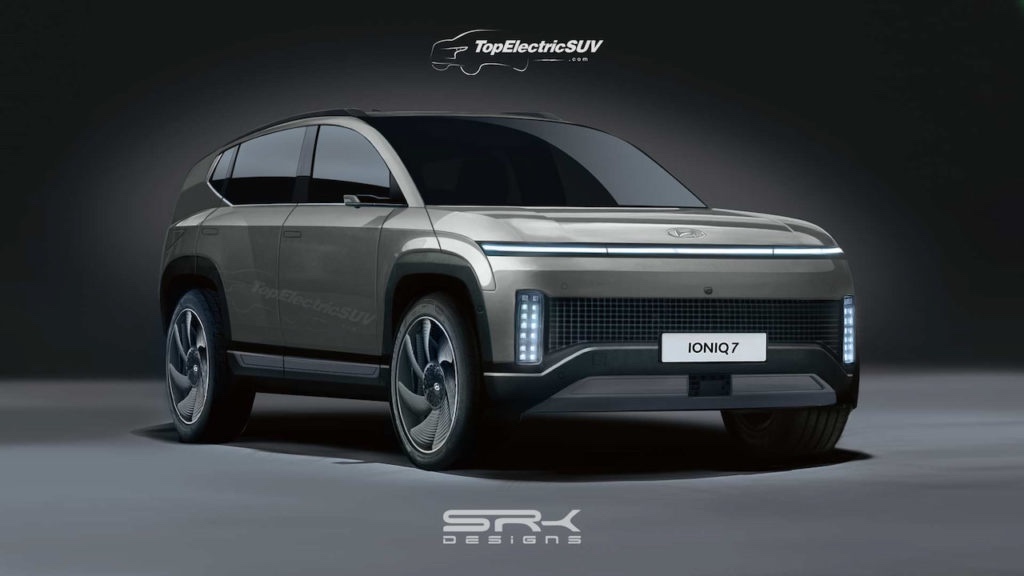 Based on Hyundai’s SEVEN large electric SUV concept showcased at LA AutoShow last month, our colleagues at TopElectricSUV have created a rendering of the front design. Thoughts?