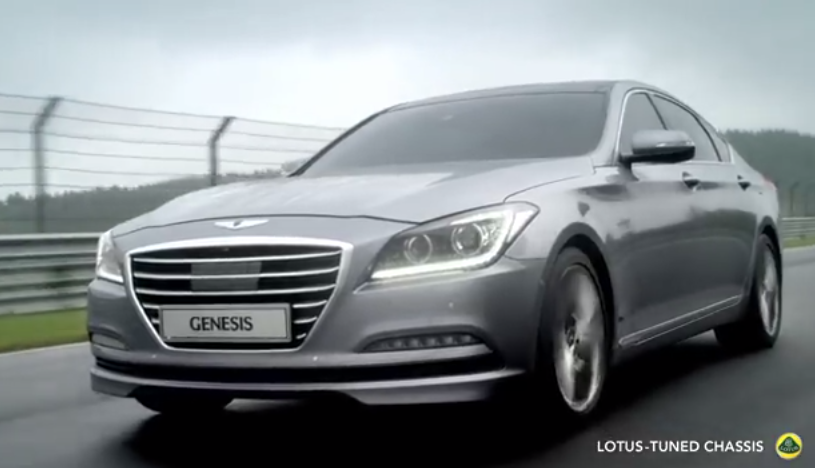 Hyundai has released new promotional video for the European debut of the All-New Genesis Sedan rolling around the Nürburgring Nordschleife. The company declined to release the car’s time but announced the fact that the premium sedan has a Lotus-tuned chassis with a continuous damping control system.

[ads id=”0″ style=”float:left;padding:5px;”]The Korean carmaker also announces the HTRAC All-Wheel Drive system and the Intelligent Drive Mode which alters the transmission mapping, throttle responsiveness, stability control and suspension damping settings according to the driver’s preferences. The European Genesis is expected to debut at the 2014 Geneva Motor Show earlier next month.