Some years ago Hyundai launched its performance brand called “N” together with their i20 WRC rally car. “N” was said to give Hyundai their own AMG or M models but we don’t expect them to be as extreme as the German version. This Hyundai i30 Hot Hatch could be the first.

[ads id=”0″ style=”float:left;padding:9px;”]Hyundai says the N stands for the company’s Namyang research and development centre south of Seoul that has collaborated extensively with Hyundai Motorsport on the development of the i20 WRC car.

Now we have spotted what looks to be the first N series car from the South Korean carmaker, the Hyundai i30 Hot Hatch N series, close to their Nürburgring facility.

This is still just an mule based on a pre-facelift body, but we can still see the much deeper front spoiler and the bigger brakes with red calipers and bigger rotors. Expect the production car to have a complete body kit with two big exhaust pipes visible.

Linked directly to the company’s renewed involvement in WRC, “N” brings together Hyundai Motor’s technology and innovation with the learning from motorsport to provide a new experience for customers. Representing the company’s passion for high performance, “N” takes inspiration in both name and spirit from the Namyang R&D Centre that has collaborated with Hyundai Motorsport on the development of the i20 WRC. 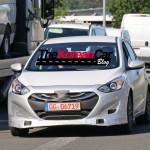 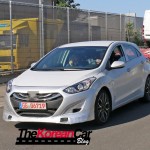 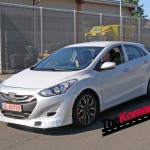 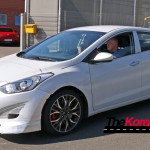 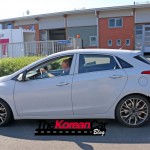 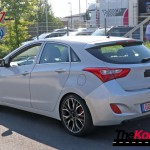 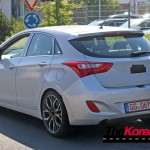 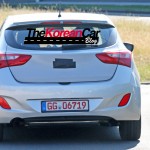 ← Prev: Hyundai Santa Cruz to be Based on the Tucson Hyundai Tucson Losing New Car Effect? →