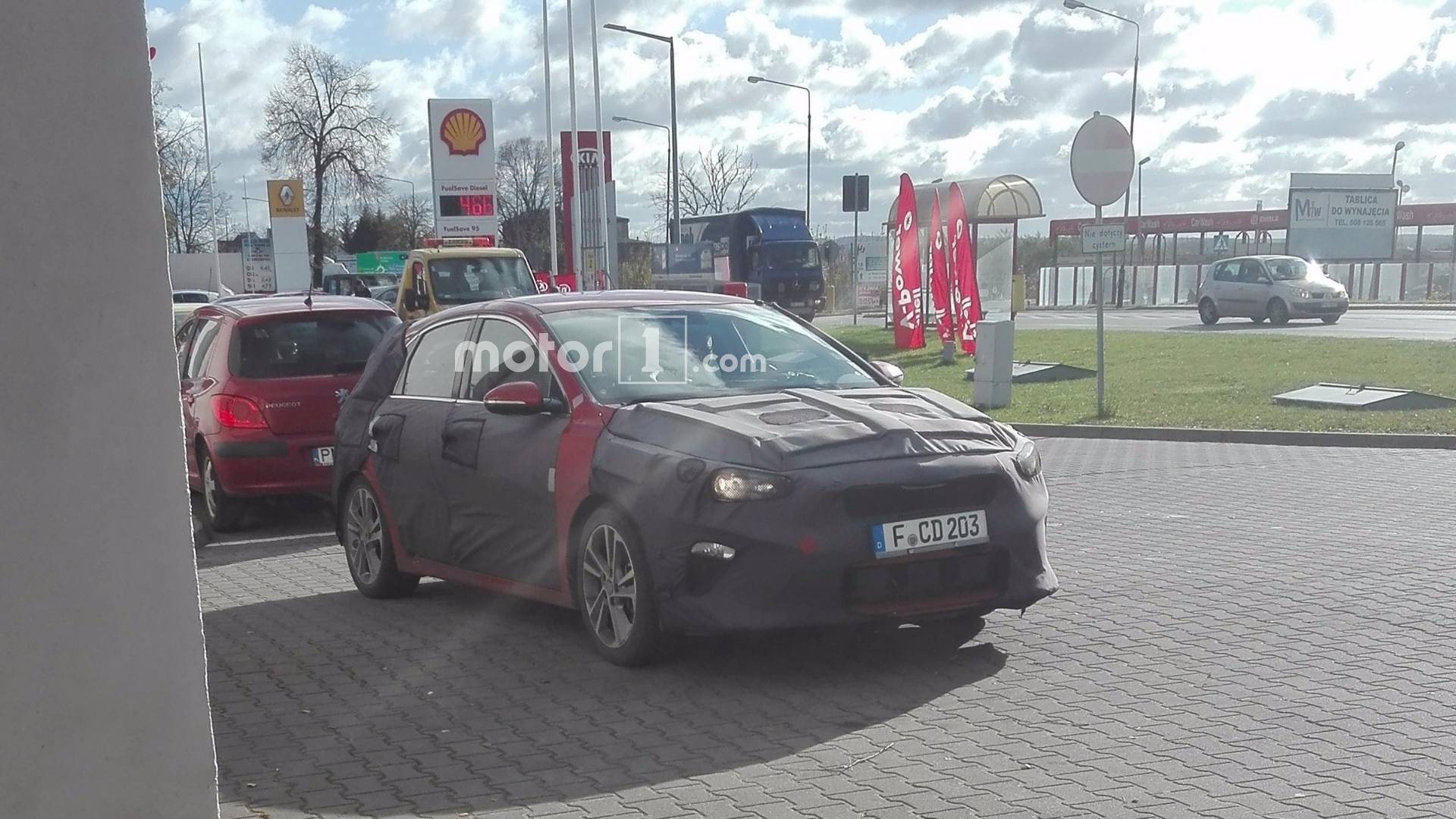 2018 Kia cee’d were found driving around the roads of Germany with its heavy camouflage but thanks to our friends at Motor1.com and a beloved fan photographer from Poland, now we have new pictures on the wild.

This will be the prototype model of the third generation of the hatchback 5-door model is coming again to the european Market and set to debut at the 2018 Geneva Motor Show, held on March.

Since the second generation we might see some changes  to represent what the company if going foward.

As you might see, we can tell some bigger dimension compare to the previous generation but also find some similarities to the sister company model, i30.

Some of the differences can be seen on the lower grill, front bumper and the sporty headlight design, with 4 lights surrounding the projector.

We don’t expect any changes under the hood compared to its brother, with an entry level engine (1.0L Turbo GDi) pushing a total of 118 hp and 125 lb-ft of Torque.

For the sporty version, I mean, the GT models we will need to wait until 2019, but the engine will probably follow what we seen on the i30 N. As well as for an hybrid variant.

Depending on the engine the transmission will vary from the 6-speed manual or the 7-speed DCT.