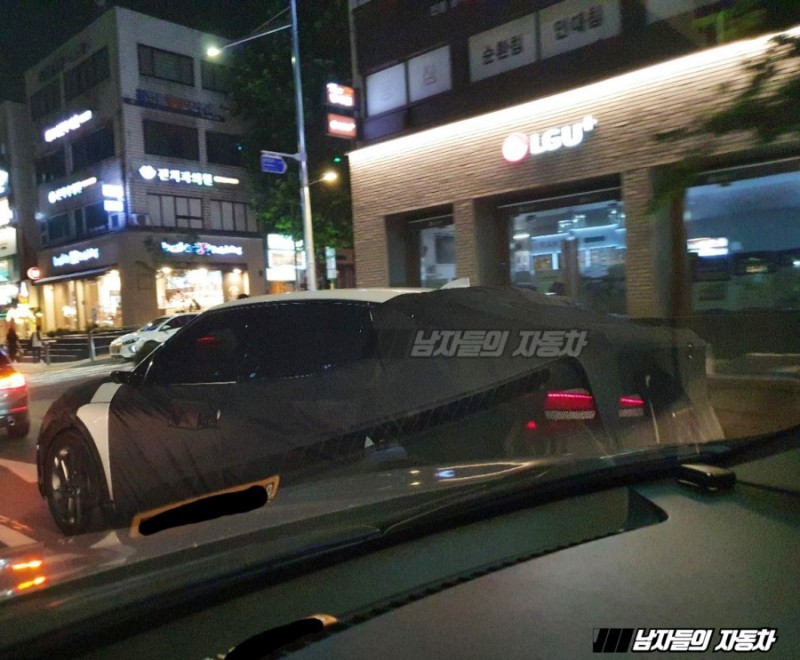 After we caught the Genesis JW EV bespoke electric prototype with camera-based side mirrors (we also recently captured Ioniq 5 with a similar system) today it is time to look at the two-line taillights and its LED signature and brake lights, captured by our colleagues at Motorsjason.