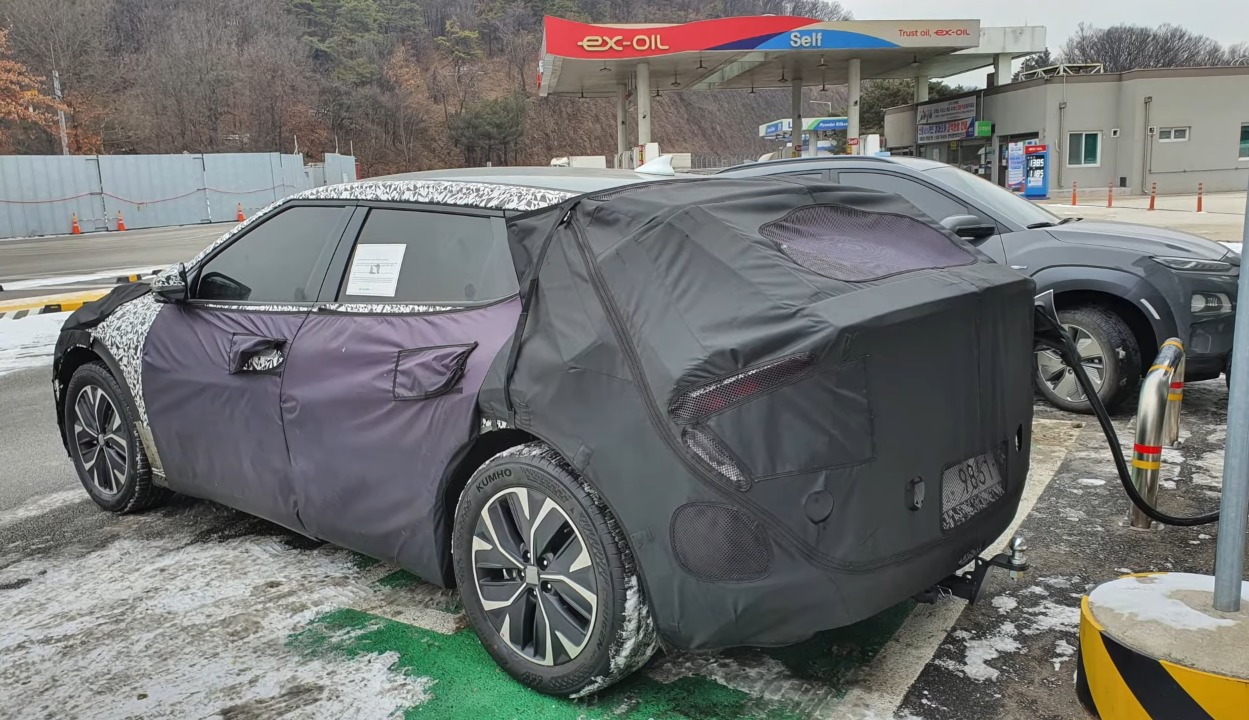 Now its the turn for Kia CV. Recently we have seen almost all of the first vehicles to use Hyundai Motor Group’s new dedicated electric platform, Hyundai’s IONIQ 5 and Genesis JW and we haven’t seen the CV for a long time. Today and thanks to Shotspy Youtube channel we can share new pictures of Kia’s first dedicated EV (codenamed as CV).